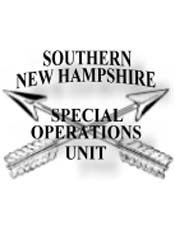 The unit is incorporated with the Secretary of State’s office, has its own taxpayer ID assigned by the I.R.S., and does business as the Southern New Hampshire Special Operations Unit at 1 Municipal Drive, Derry NH.

The unit is managed and run by a Board of Directors, which encompasses all of the member agencies' Chiefs of Police. Presently, Chief Joel Dolan, Chief of the Salem Police Department, serves as the council’s president.

The communities involved have signed an Interagency Mutual Aid Agreement and have formulated a comprehensive set of Standard Operating Procedures that regulate and govern the unit.

Cumulatively, the unit is responsible for providing specialized police response to the thirteen member communities representing a population of about 246,000 residents (2020 U.S. census data), which is approximately 18% of the state's entire population.

An example of specialized police response would be to serve a high risk search warrant, or serving a high risk arrest warrant where there is likelihood that the person(s) sought may be armed. The bulk of our work has been the service of drug search / arrest warrants. The unit also responds to situations that rapidly exceed the normal capabilities of the member communities’ law enforcement resources, such as barricaded gunmen / hostage taking incidents, among others.

The unit has been training to respond to criminal terrorist incidents and is working closely with the Southeastern New Hampshire Hazardous Materials Mutual Aid District, HAZMAT team in furtherance of that goal. Joint training operations are conducted on a regular basis between the units to promote tactical interoperability. 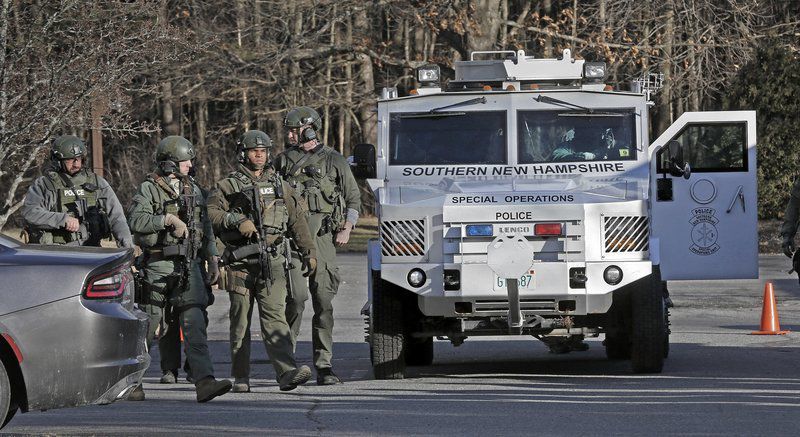 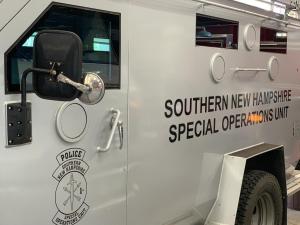